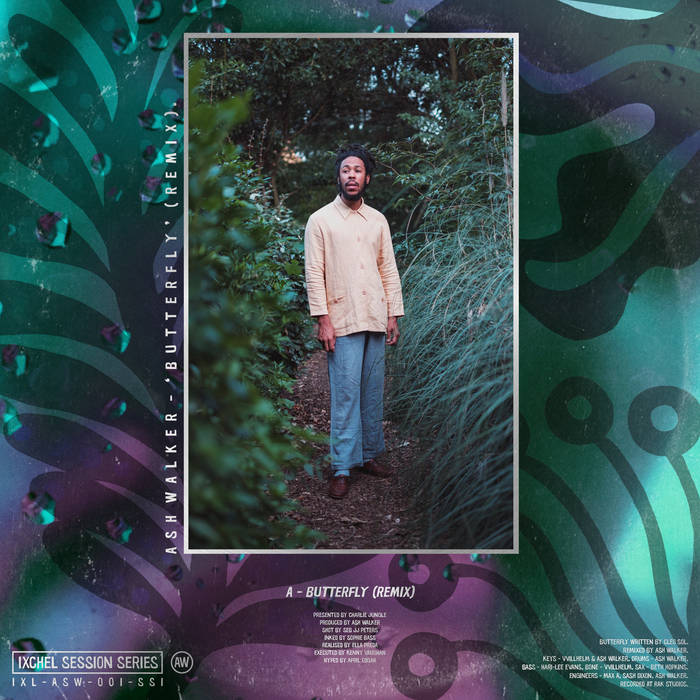 Ash Walker lands to present a cosmic remedy in a year of unrest. Delivering a velvety and purposeful dubbing of Cleo Sol’s ‘Butterfly’, Ash shifts the track into a blissed out, late night ride. Cleo’s vocals are lovingly orbited on keys by Ash, accompanied by Ebi Soda’s VVilhelm (Trombone & Grand Piano) and Hari Lee (Bass), with Beth Hopkins meditative company on saxophone artfully binding the cut. All under the omnipotent direction of Ash.

Butterfly is the first installment of IXCHEL’s Session Series - an intimate collection of recordings with a focus on environment, personnel and the moment. The Butterfly remix was recorded at RAK Studios (Studio 1), engineered by Max A, Sash Dixon & Ash Walker on the 16th March 2020. Presented by IXCHEL.

Ash Walker is a London-based DJ, producer, curator, bandleader, and intergalactic sound-dealer. A world-renowned crate-digger of soul, jazz, R&B, latin, dub and roots, Ash has spun around the world. He’s played with The Specials in Brixton, at the infamous Royal Mail squat party, on the canals of Venice and Stateside in LA and San Francisco. As an artist he is equally well-travelled, from recording classical percussionists in the Morrocan Atlas Mountains, to gracing the stage at countless iconic venues including The Jazz Cafė with his five-piece, the Ash Walker Experience.

Ash records using a range of analogue equipment, from moogs and theramins to Hammond organs and Wurlitzer pianos. A connoisseur of texture, distortion and overdrive, Ash’s production recalls the synergy between organic and synthesised sounds that defined the music technology of the 1970s. Internationally recognised as a fiercely underground artist and performer, Ash’s production and curatorial work provide much of the backbone of IXCHEL.

Bandcamp Daily  your guide to the world of Bandcamp